Stand In Your Power 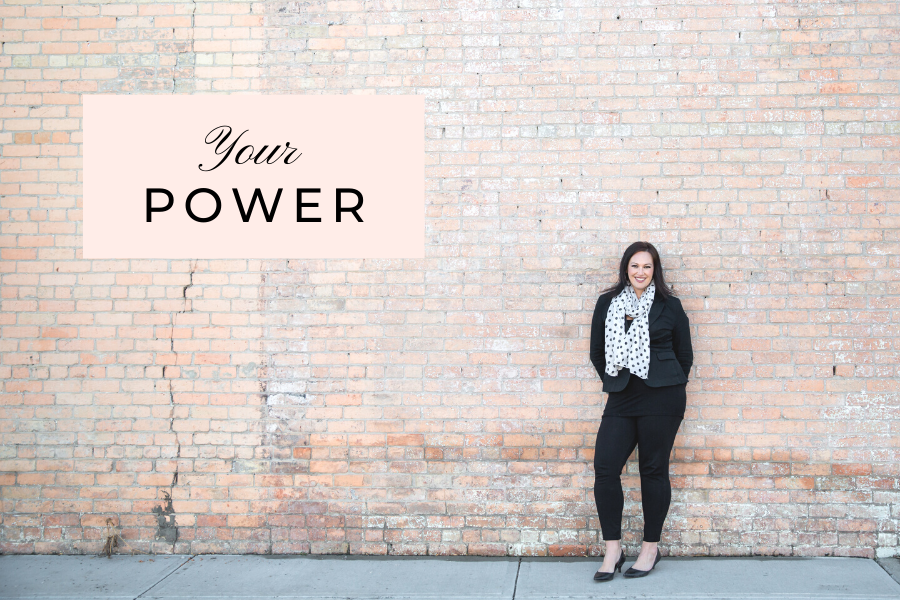 People are desperate for assurance.

People are desperately seeking assurance for so many things in life.

(And not just because I happen to sell life insurance! 😉 )

And right now, it’s more clear than ever before.

People so desperately want assurance that life is going to be okay.

People want assurance that their people are not going to die and that everything will go in their favor.

That’s what is running rampant in the world and logic has been traded in for false assurance.

There is no assurance in life.

You have one assurance that you will die one day, but as far as assurances go, that’s not the one we were hoping for! 🙂

We are hoping for the good life – whatever that looks like to us.

People want assurance so badly that they’ll do anything, they’ll follow anything, they will even throw their critical thinking skills away and just beg and plead with anyone that will listen so they can get their dear assurance that life – for even just a minute – will continue to go their way.

And here’s what happens when you do that….

The second you seek assurance from outside of you you give your power away.

Seeking validation, assurance, from outside of you is when you give your power away.

And you, being powerless is not a good thing.

I’m sure, intuitively, you already know that you being powerless is not a good thing.

First of all it sounds bad.

I don’t think anyone would want to hear, “Look at that powerless girl walking down the street, so sad.”

Funny thing though, we’ve all labeled power as “bad” – mostly from the power-hungry-crazy people we see in the media.

But power is not bad.

Having your power fully intact and “in force” is a good thing.

Being powerless means that you can not create change.

Being powerless means you can’t create anything really.

The only way one can create anything – including change or transformation is by standing in their own power.

Hear me say that again.

You can only create change by standing in your power.

Do you realize that the assurance you are so desperately seeking is taken away from you the second you turn to society, community, partner, friend, parent, child or otherwise – any human – to where you fully ask them to assure you – on whatever the topic is?

This also goes for your money, business, health, relationships – the works!

And when it comes to your money (income, savings, investments, expenses) are you asking for assurances with it from the outside world instead of really being able to create with it?

You lose your power when you hand over the reigns to someone else to do your critical thinking for you, or to answer questions you haven’t taken the time to answer for yourself or worse, when you don’t take the time to tune in and just follow along the path someone else beat down for you.

Getting stuck in the weeds sometimes is a good thing – that just means your beating down your own path.

And following your own path is good because that means, above all, that you are standing in your power.

Stop asking for the world to protect you.

Stop asking the people to assure you.

When you place your assurance in the people the people are sure to disappoint. I’m not saying that that makes people bad at all or that we shouldn’t seek comfort – I’m just saying stop demanding that the world, government, society, community, church, school, group, person come save you.

That’s not their job.

How horrible would it be if we actually had to take responsibility for everyone on the planet. What a horrible burden to bear!

Luckily for us, it’s not our business, yet we are still seeking that outside validation and assurance.

So we have to really check in with ourselves and make sure we aren’t giving our power away.

Usually it’s evident in one or two areas of our lives.

And we need to know and realize the consequences of standing in our power.

And there are consequences, hence why we don’t find it easy to actually do the deed and stand up tall for what we believe in.

So, what happens when you stand in your power?

(Spoiler Alert: It may not be pretty!)

Sometimes it will be fine.

But sometimes is won’t be fine.

You will get flack.

You will get shit on.

You will cause waves.

You will be called names that won’t come from children’s books.

And it’s horrible for a minute.

But after that, it’s pure bliss.

You followed your path.

You knew the truth and what was right for you.

You stuck to your guns.

You stand in your power and you rock nations.

You create impact – long after you are gone.

PS. If you want to stand in your financial power, you can get started right now with our 5-Day Financial Basecamp and learn how to create your unstoppable untouchable unapologetic financial base. It’s FREE in the Money Makeover Facebook group which you can access at financialbliss.ca!

The Worst Day of Your Life

The Power of Your Word