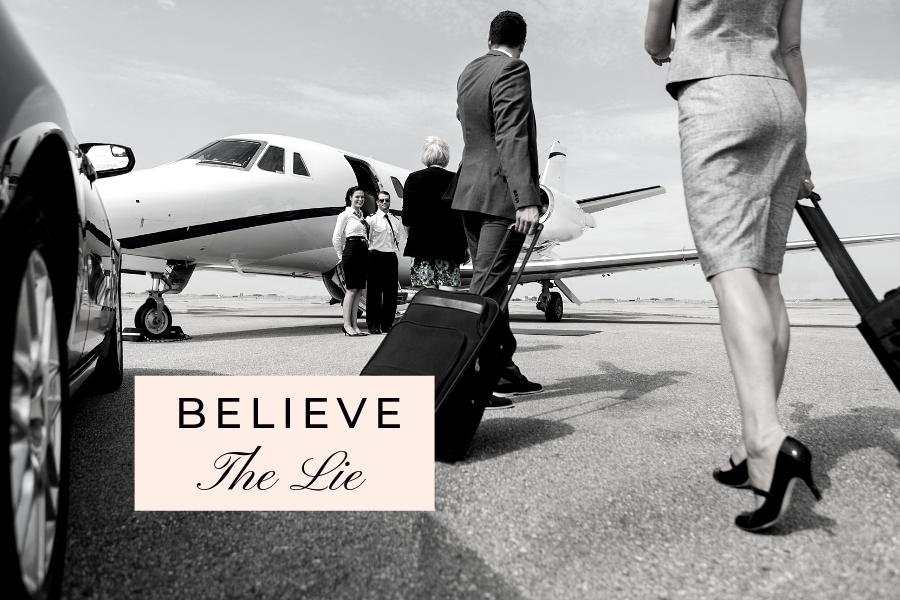 All the things I’m telling myself.

It’s a lie that I have a multi-million dollar corporation.

It’s a lie that I can run a marathon.

You have to believe many of the lies you tell yourself.

BUT you can’t let the lies of the future things you want, which you don’t have right now, stop you.

You have to fake it till you make it.

You have to believe the lies, the fakeness, the dream, the goal, the plans SO HARD that you convince your sub-conscience mind that they are REAL.

This is BELIEF AHEAD OF TIME.

You have to believe before time reality.

You have to turn your truth into reality.

Nothing great has ever been accomplished without the belief that the goal, the dream, the vision will one day be a present reality.

So, ya, you have to start believing your lies.

You have to believe your fake news.

Everyone makes fun of the fake news, but I know it’s power.

Belief is the most powerful force in the world.

(You don’t have to look far to see how true that statement is!)

If you believe it, to your core, it will be your truth.

It will prevail in reality.

Yes, what I am saying is, obviously, this belief works for the good guys and strongly as it does for the bad guys.

Do you get why the “bad guys” or the liars and the cheaters win sometimes in the world?

Their belief is stronger than yours.

Take that one to the bank.

Make your belief the strongest.

You have amazing things you want to create in this world.

It’s time you create them!

It’s time you BELIEVE YOUR BULLSHIT!

‘Cause your bullshit is good.

I would never have published a book or 2, if I didn’t believe what I was saying was going to somehow help thousands of people.

So, you know what you have to do.

Don’t let anyone look at you where you are today and snicker at you.

Find the people that see and believe where you are going.

But, even then, forget about ALL OF THEM, ALL OF THE PEOPLE.

You need to be the ONLY ONE who believes in your dreams.

Do you believe it?

Are you believing your present reality how it looks to the outside world?

Are you going to believe in yourself and believe the unseen?

5 Ways To Master Your Networking